← more from
Art As Catharsis
Get fresh music recommendations delivered to your inbox every Friday. 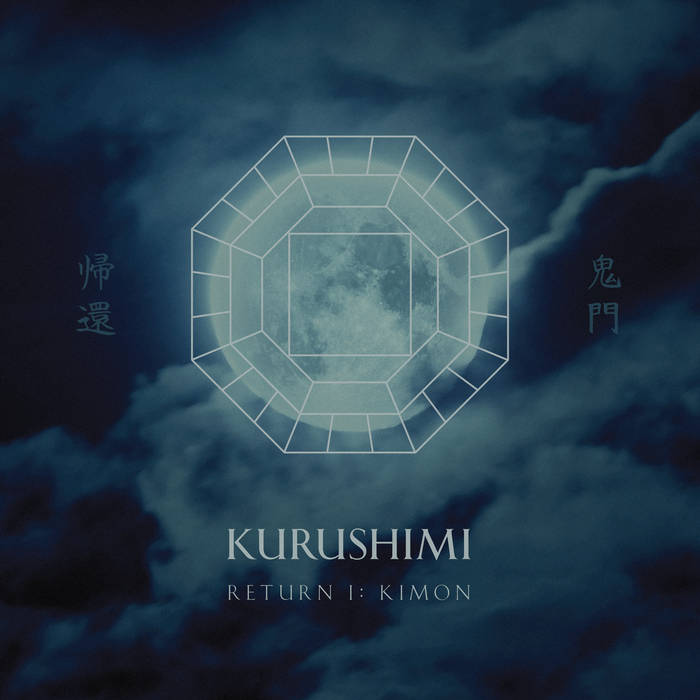 Kurushimi re-emerge from the void with 'Return: 1 - Kimon', the first EP in the ‘kikan’ (return) series, through which Kurushimi revisit and dramatically reinterpret pieces from their past.

This EP returns to 'Kimon' from Kurushimi’s acclaimed self-titled debut. Here, the original track’s intense mix of free-jazz, grindcore, dub and deconstructionist noise is replaced by an eerie calm. Sounds drift by as if in a dream: ethereal drones float alongside reverb-drenched saxophones stretched out to infinity, and guitars are transformed into the dirge of Tibetan Rag Dung horns.

The blast beats aren’t completely gone. Instead they flash in and out of existence, drifting on some daemon wind.

It’s a dramatic re-imagining of the original piece, but perhaps one that is more in line with the song’s original concept. In Japanese mythology and folklore, kimon (“the demon gate”) refers to the north-east direction - the direction through which evil spirits pass, gather and the entrance to the evil spirit world.

Return I: Kimon is an impressive achievement from a Sydney band that has already demonstrated exceptional creativity, and calls to mind the work of Bohren & Der Club Of Gore, Bill Laswell’s ambient work, Brian Eno and Tangerine Dream.

“With ‘Return I: Kimon’, I wanted to return to one of my favourite tracks from the debut album.

The idea was to create an ethereal vibe, trying to imagine the listener is back in the real world yet with mankind’s curiosity of the dark and macabre, they must return to the demon-spirit world to experience the darkness again.

I wanted to create something both beautiful and menacing.”

The EP is rounded out by two previously unreleased live pieces that return listeners to the familiar form of dissonant, deconstructionist noise-jazz that Kurushimi have made their own.

Bandcamp Daily  your guide to the world of Bandcamp

Lance Skiiiwalker joins the show to discuss his most recent releases